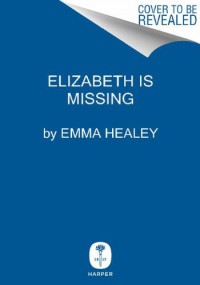 Elizabeth is missing was an emotional story about an elderly lady who is living with dementia.

I liked the story as I found it extremely effective at highlighting how difficult the illness is on family members; I found the character of Helen so real in this story and I am sure there are daughters and sisters and family out there reading this book and can identity with the character of Helen as she tries to look after and understand the world in which her mother finds herself struck in. Interestingly... we don't get the story from Helen's prospective and yet I sympathised so much with her character and I think the reason for this was that I became Helen and Maud became my mother while reading the novel


I found the author's use of language very effective throughout the book and her descriptions of situations very real. Maud is such a convincing character in this novel and I could have rated it 5 stars alone for how well Maud's voice stands out in this story.
I did however find many holes in the plot and the book became rather repetitive half ways through. I didn't find it a compelling psychological thriller as it was described but I did find it and emotional and interesting read and it really did highlight how difficult life is for families living with Alzheimer's or any form of memory loss.