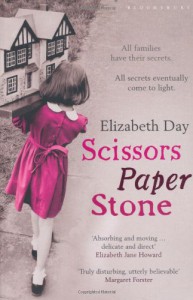 Had to think about rating for this book as would like to have given it 3.5 stars which was not possible but felt it deserved better than 3. I liked this debut novel by Elizabeth Day. It tells the story of 30-year-old Charlotte and her parents, Anne and Charles. Charles is involved in an accident and as he lies motionless in a coma in hospital, his wife Anne and daughter Charlotte are forced to come together to confront their relationships with him and with each other. I thought it was a well written first Novel and really found it an interesting book. I liked the pace of the book and it was a quick read. I have to admit was drawn to the pretty cover of book but it lived up to its expectations.