Red Notice: A True Story of High Finance, Murder, and One Man's Fight for Justice Now this is an explosive, revealing and shocking read that had my complete attention from page one. Bill Browder's account reads like a thriller but its non fiction and is compelling reading for anyone interested in reading about High Finance, Murder and one man's fight for justice in modern Russia.
image: 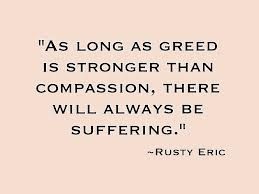 November 2009 an emancipated young lawyer, Sergei Magnitsky, is led to a freezing isolation cell in a Moscow prison, handcuffed to a bedrail and beaten to death by eight police officers. His crime? To testify against the Russian Interior Ministry officials who stole $230 million of taxes paid by his employer, financier Bill Browder.

This book shocked me in many ways and it was such an eye opener, its well written, fast paced and informative. The account of Sergei Magnitsky's life and death is heartbreaking and Bill Browder's fight for justice for a man who wanted to right the wrongs and make his country a better place to live is honourable and commendable. I didn't particularly like the Bill Browder in the first half of this book as he got caught up in the greed and power of becoming the largest foreign investor in Russia but by the end of the book I had softened a little. I think he did an excellent job writing and exposing the criminal activities and the corruption of modern Russia.
image:

A 5 star rating from me as I just couldnt stop thinking about this book on completion and I have since spent quite a bit of time watching documentaries relating to facts and situations mentioned in this book.
Tweet